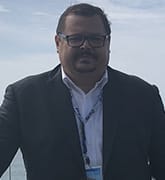 Peter Noth was born in 1971. Since 1991 Co-Owner of a 100% Hungarian, production and development company, which works at cargo, load, production security segment.

In 2006, he became Managing Director of Mega Fortris Hungary, working in 12 countries.